Executive coaching is alive and well! 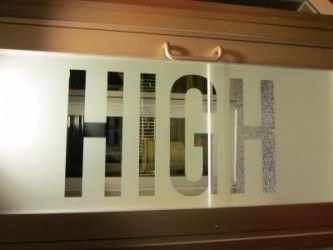 Executive coaching is alive and well!

According to the 7th annual Sherpa Coaching survey, executive coaching is alive and well. Despite some erratic behavior in the level of activity in the last few years, mostly due to the challenges the economy was facing, it continues to gain ground.

To the coaching community this is not entirely a surprise. Nevertheless, it is good news. Good news because, from a time when executive coaching was mostly reserved for the corporate elite, and more particularly for the elite who found itself in trouble, it has now broadened its role substantially. From a remedial tool that it mostly was, it has evolved into a leadership development tool used at multiple levels of the organization and mostly for the purpose of enhancing performance and growth.

The benefits of course being that it is true for the individual being coached as well as for the organization. The trend shows a healthy growth, year over year. Not only does it show an increased level of activity, but more importantly, a more strategic use of coaching. Another good news.

The survey
Every year since 2005, the University of Georgia Center for Continuing Education, Miami’s Corporate Community Institute and Tandy Center for Executive Leadership get their research team together to poll coaches, clients, HR and training professionals, as well as a wider group of professional interested in leadership development. Their survey is conducted worldwide.

Executive coaching on the other hand works on business behavior they say. It is the ultimate leadership development tool, aiming at producing positive changes in business behavior. The focus of the survey is on the latter.

Regardless of the group you belong to, both are optimistic as to the future of the profession.

Some findings
• More coaching is now devoted to developing upcoming talent.
• Remedial coaching has dropped from 40% of coaching mandates, to 25%.
• Another 25% is devoted to transition, whereas the remaining 50% is dedicated to leadership improvement. A good trend.
• Coaching allows leaders to reflect about decisions, and about themselves.
• Coaching brings reality front and center and helps leaders deal with it in a timely manner.
• Coaching guide the client in finding replacements for behaviors that is not working.

Value, credibility and delivery
The survey also establishes that executive coaching has now earned its stripes both as it relates to the perceived value of its effectiveness as well as the credibility of its process.

Also, even though the preferred delivery method remains one-on-one, technology based delivery is gaining ground. Clients and coaches alike are finding that such methodology makes for a higher level of flexibility and are far reaching.

How does this compare with the latest ICF survey ? Although the ICF executive summary is evidently targeted at coaches, where similar topics are reviewed, similar findings apply. The industry is consistent and so are the findings.

N.B. You can view this article in its entirety on the ICF Quebec site where it was first published.