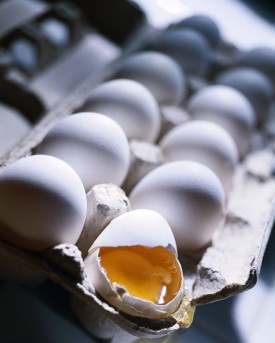 In Executive Coaching we often come across dysfunctional teams.  They are as common as rain in November.  You should not feel bad if you inherited one of those because you are no different than the next organization but you should be worried because they are very costly.  When you know to what extent organizations go through to select individuals and build teams, you have to wonder why that is.

Well there is a very simple answer to that according to Les McKeown . The varying perspectives of the individuals within the team, and their drive to be successful in what they are responsible for, lead more easily to compromise and gridlock than to great performance.

Typically, organizations who want to tackle that problem focus on the symptoms such as lack of trust, fear of change, poor communication, etc.  but they fail to look at the root cause.   Straight lines never converge unless you are able to curve them towards a single point.  You gotta have a focal point.

How you break that pattern is by ensuring there is synergy in the team.  Sounds simple but it takes skills.  Synergy will transform the two dimensional team typically in a tug-of-war between the vision, the big picture, and the execution, the operations.  People like to refer to them as “Pie in the sky” and “down in the weeds” types.  Synergy has a single focus and it is the organization.

I know you are thinking “I am not about to hire someone on my team who has no P&L responsibilities and whose sole purpose is to sit there and make us play nice”.  Or at least I think some of you might be saying this.

The great news is that synergy comes from a state of mind and can be learned.  It requires personal skills and learned skills.  It is about setting and agreeing on clear goals, understanding everyone’s needs, mastering conflict management, fostering inclusiveness and promoting accountability, among other things. And of course, stellar communication!

In hiring an executive coach to help, you will speed up the process and kick start the new environment more easily.  Then you and your team can cruise along on this new found model and reap the benefits of performing teams.

How you lead yourself, and others, matters.